I was talking shit. Again.
It happens. Often.
And, as usual, I was right. Completely and utterly.
The topic was songs written for movies.

We weren’t talking about ordinary pop songs that form a movie soundtrack, orchestral scores, or even songs from musicals – a much smaller field. Songs which are written for, and lyrically reference the movie and/or its characters.

The start was then I mentioned this song from this masterfully cheesy movie…
http://www.youtube.com/watch?v=qk-KYQOXLvo
-( Queen – Flash Gordon )-

After grooving away, I said “Best song-for-a-movie ever“…
http://www.youtube.com/watch?v=CGMGwWWUkII
-( Queen – Princes of the Universe )-

Martin wasn’t happy. He countered, “this is the best“…
http://www.youtube.com/watch?v=xlUURCHR1B0
-( Howard Huntsberry – Higher and Higher )-

Frankly, I was appalled. I did not like that at all.
I suggested “this would have been a much better argument“…
http://www.youtube.com/watch?v=eVgMc8hkS8k
-( Ray Parker Jr – Ghostbusters )-

Now folks, it’s up to you lot.
But, having listened to Howard Huntsberry again, I don’t think it even counts – it doesn’t refer to the movie or the characters. I’ll leave it in though.
Please vote for your choice, as you see fit. You may add songs of your choice.

Firstly, I intended to do this a few years ago,
but for reasons of laziness never got round to it until now. 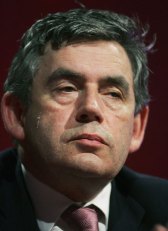 Gordon Brown, Tony’s temptress
Through the ages, he’s made a mess

Not far away
Stays anyway
Only a frown with Gordon Brown 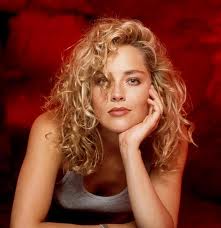 When I was 17 Total Recall (starring Arnie) was the first “18” movie I saw at the cinema. I was already a sci-fi junkie and I blown away. I saw it three times inside a week. It started my crush on Sharon Stone .. way before everyone else did with that nasty Basic Instinct.

Now I have a crush on Kate Beckensale, but I was still furious when I heard that they were remaking one of my favourite movies. Movie remakes are OK, providing there’s a reason.

With King Kong there was a great reason … now they could make one that actually looked good. And, within reason, it was great. Nice job.

What reason is there for remaking Total Recall? Er … not any good ones … greed, lack of  original ideas (or inability to read other stories), erm .. OK, not even many of those.

The first movie even has a great sound track, I have no clue about the remake. Obviously I’ll hate it. And the movie itself, from what I’ve heard. There are some movies that should be left alone, and this is one of them. A sequel, I could have understood, but not this. I only hope I’m strong enough never to watch it – I’ve still not seen Highlander 2 so there is hope. 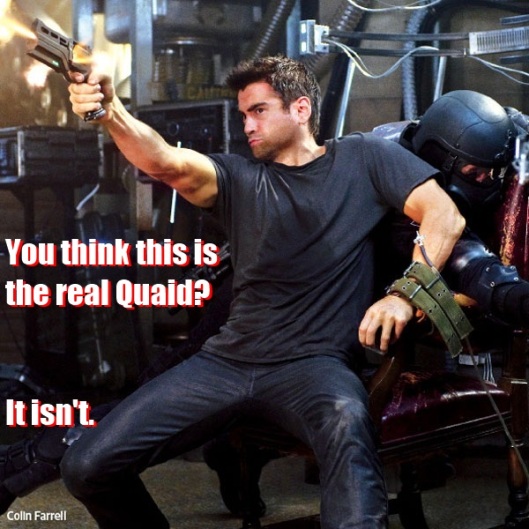 I had not yet read the Philip K Dick book “We can Remember it for you Wholesale” but I had read some of his other works: Bladerunner (Do Androids Dream of Electric Sheep), and The Three Stigmata of Palmer Eldrich.